~*~he stood outside the nursery window~*~

he stood outside the nursery window holding his mothers hand...his auntie and uncle were there too...and seemed very excited and animated....his uncle kept saying "astonishing...astonishing"....as he waved his arms around....he saw a mother holding it...it was different...it had a costume on...maybe for Halloween.....he wasn't sure...he wanted to go inside and look closer....see what it really was

it seemed unhappy to him

he knew about unhappy

sometimes the people he was around were unhappy

but not his mother...she never was

he tugged on his mother's hand trying to free himself from her...just small tugs...the kind she'd become used to...as she loosen her grip..he slipped it out and moved quietly 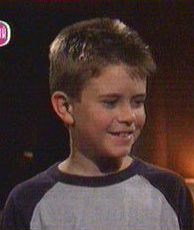 to the nursery door opened it and walked in....

the creature was immediately reactive to him and nearly flew out of the carriers arms into the boys arms.....and he began laughing...and the creature began burbling...flapping it's wings and darting them in and out over the boys head.....he sat down on the floor with her and began to babble to her in a strange somewhat stilted way...she babbled back...

Sarafem smiled and laughed and simply spun in the air with happiness and excitement...to everyone amazement literally lifting herself off the ground as if to take flight

Natalynn was frightened too but did nothing to stop the meeting...it was some kind reunion.....a  reunion with a stranger....but she instintively knew this child was not a REAL stranger to Serafem.....

she looked out the nursery window in time to see the boy's mother being forcibly held back from coming in to reclaim her child...

security had arrived and the hall was filled with uniformed personel... the confusion reigning now in the hall was tremendous...

natalynnn had risen and walked over and sat down next to her child and the boy...she smiled and stroked the boys head.. ..then gently lift Serafem 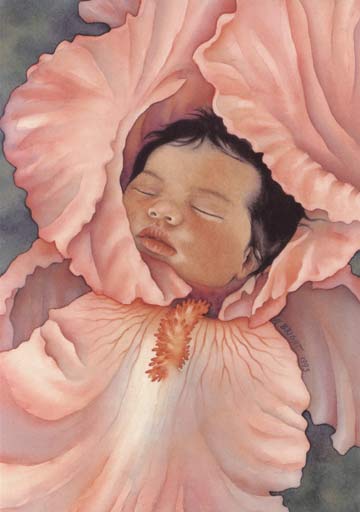 out of his arms......the boy freely allowed it....then he put his head against Natalynn's shoulder and Serafem for the first time snuggled and moved her body to get very close to Natalynns

the boy loved this baby..they could talk..and when she was happy colors flowed out from all over her body..........wonderful colors......... 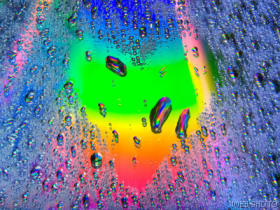 the kind he liked to paint with....

she looked and saw no wings on the boy creatures back

but that didn't matter because she knew

from what they said to eachother

one of her kind

Oh what a wonderful thing to happen! Very moving and you can just feel the excitement of their meeting. I just loved it!

You know I can't wait to see what happens next!